A World War 1 Victory Medal named to Lieut A.V. Gallie R.A.F. is offered in our 21st April 2021 medal and militaria auction with an estimate of £600. 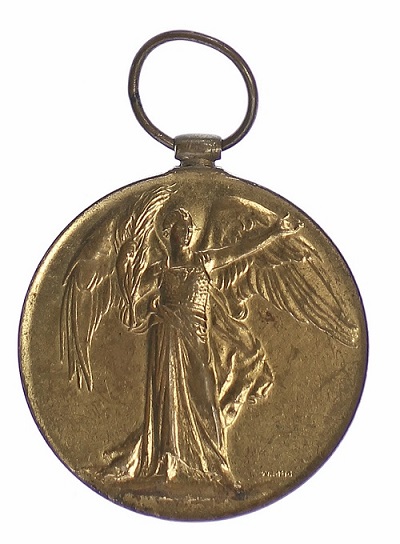 Albert Vernon Gallie was Manfred Von Richthofen’s 77th victory, when he was shot down while flying a Sopwith Camel of 73 Squadron on 7th April 1918. He was most fortunate to able to walk away from his crash landing near Hangard, east of Amiens, even though his plane was a total wreck. Richthofen was also credited with another Sopwith Camel in the same engagement, that of Lieut R.G.H. Adams.

He joined the RAF as a cadet on 1st August 1917, was commissioned 11th October 1917 and posted to 73 Squadron flying Sopwith Camel fighters. Just six days before his encounter with the Red Baron, Gallie was returning from a patrol when he ran out of fuel and crashed his Camel, which again was a total wreck, so he very fortunately walked away from 2 write off crashes in a week. In June and July 1918, he was credited with 4 victories, all Fokker DVIIs. In one encounter on 6th June 1918, his Camel was also badly shot about in the dogfight.

Warwick & Warwick sold a similar WW1 British War Medal and Victory Medal to Capt B.P.G. Hunt who was the Red Baron’s 12th victim in our 19th October 2011 sale with the hammer falling at £2,200, a total of £2,530 including buyer’s premium.