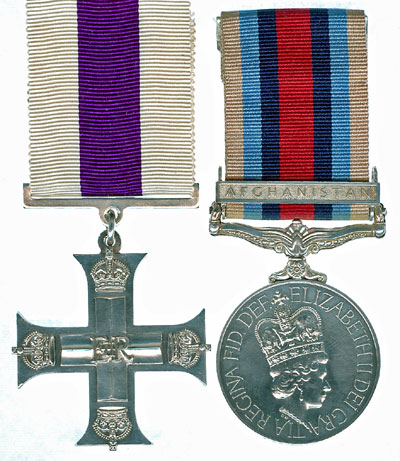 Matthew Bispham joined the Royal Marines after becoming bored with office jobs. He completed his Commando training in October 2006 and went out to Afghanistan just two months later in December 2006 with 42 Commando. On 13th January 2007 42 Commando’s job was to secure an area in Kajaki so contractors could repair the hydro-electric dam. Matthew and another marine, Tom Curry, were tasked with clearing an enemy held mud building which was part of a larger compound. As the pair were about to enter the building, a Taliban insurgent came out, bumped into them and killed Marine Curry. Matthew said “It was hand to hand fighting, which I had not done before. I shot the Taliban who had killed Tom and then had to carry on and clear the building by myself. There was another Taliban in there, who was also killed. I then came outside and tried to get first aid to Tom. A lot of guys were running out towards us firing at us. We had the momentum, so we had to carry on otherwise we would have been driven back.”

The MC was announced in the London Gazette dated 19th July 2007. The official citation reads:

On 13 January 2007 Bispham’s company conducted a deliberate attack onto a hill and compounds. The enemy fired machine guns and rocket- propelled grenades from a group of compounds and all Troops were pinned down by the accuracy of the fire. Bispham’s group was tasked to assault. He and another Marine had over 50 metres of open ground to cover before reaching the first building to be cleared. Fearlessly and with absolute disregard for their own safety, they dashed forward. As they reached the building, an enemy emerged and shot his colleague, killing him instantly. Fighting almost hand to hand, Bispham engaged and killed a second enemy. His company’s deliberate attack addressed this situation and regained the initiative from a bold and cunning enemy. His fighting spirit, resolve and unflinching courage contributed directly to his company’s success.

With the announcement of the award, Matthew paid tribute to Marine Tom Curry, “It is humbling to work with lads who are willing to fight and die next to you. They become part of your family and it makes everything you do worthwhile. Every man I served with deserves recognition in my eyes.” 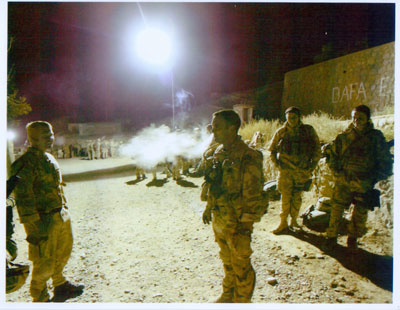 The MC was presented by Prince Charles at the investiture at Buckingham Palace on 9th July 2010. 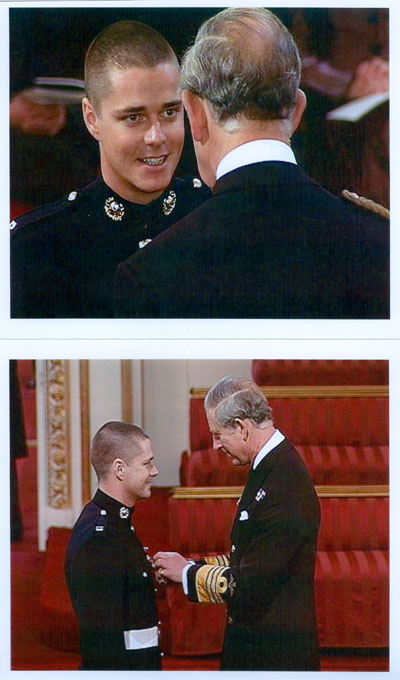