Dramatic new find in Malta, is this Stamp unique? 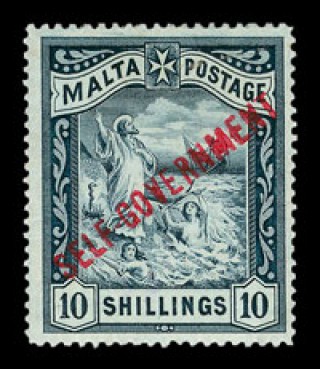 60 years after it was issued a new stamp has been discovered from the popular island of Malta. Warwick and Warwick have discovered a King George V 10/- stamp with a watermark variety, which has never previously been recorded.

Stanley Gibbons will be notified of the find so that the stamp can be included in the next edition of the British Commonwealth catalogue.

We auctioned this possibly unique stamp in our February 6th 2013 auction and it realised £949.