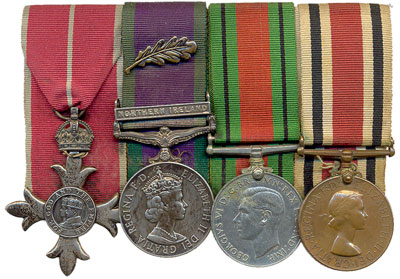 The Ulster Defence Regiment was raised by an Act of Parliament in 1970 to support the Army and RUC in the civil unrest and terrorist activities that began in the late 1960s. It was to go on to become the largest regiment in the British Army.

Major Jones was commissioned early in the formation of the Regiment and was the Officer Commanding C Company, 11th Battalion UDR based in Portadown. As a recognition of his efforts during these trying times, he was Mentioned in Despatches announced in the London Gazette dated 3rd October 1972. 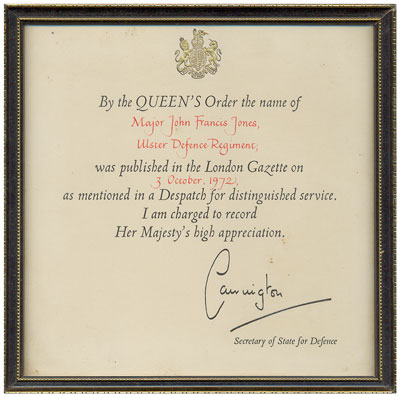 Lieutenant General Sir Harry Tuzo GOC NI wrote a letter of congratulations dated 30th September 1972, “I am writing to congratulate you on your award of a Mention in Despatches for your performance as OC, C Company from February 1970 until February this year. I know well of all you have done to build up your Company and to assist the RUC and the Regular Army in your area. In particular, I know that on the night of 21st April as a result of your vigilance three wanted men were captured. I am delighted that all your work both in establishing the UDR and in ensuring its operational effectiveness had been recognised by this award.”

He retired as OC C Coy in June 1974 and was made a Member of the Most Excellent Order of the British Empire (MBE) announced in the New Years Honour List in the London Gazette dated 7th January 1975. 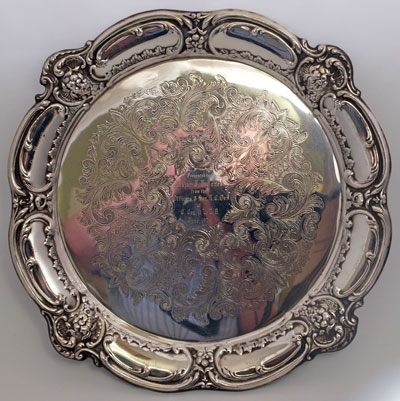