As an under officer in the OTC he qualified for the King’s Hundred at Bisley in 1938. When he left school he joined the Artist’s Rifles as a private before being commissioned in to the DCLI at the start of WWII. In 1942 he was posted to 1 DCLI but arrived just after the Battle of Bir-el-Harmat and found no battalion to join. 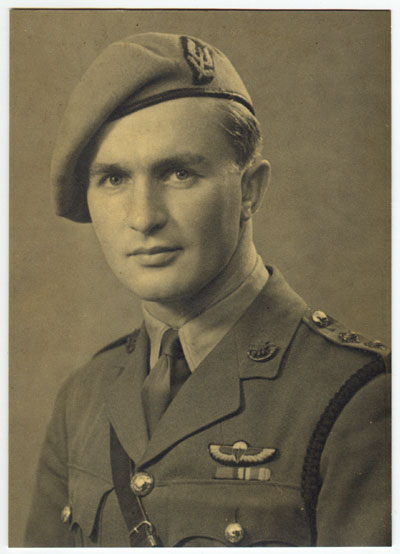 He successfully applied to transfer to the SAS and served with 1st SAS through the North African campaign and from September 1942 to February 1943 he fought with A Sqn under the famous Major Paddy Mayne raiding behind the German lines in the Western Desert. Later as right hand man to Harry Poat he took part in the Kufra raids, operating against Benghazi and as far as Tripoli West before returning to Kabrit. He is thought to have been the first Allied officer into Tripoli after the German surrender in North Africa.

After the conclusion of the North African campaign GHQ said there was no further use for the SAS and they should be disbanded. David Sterling by now was a prisoner of war and it was left to Paddy Mayne to fight for their survival. The result was the formation of the Special Raiding Squadron to be used for special assaults in support of the Army. The SRS was reduced to a strength of 300-350 with many disappointed officers and soldiers having to return to their original regiments. Captain Marsh was selected as the commander of A Section No 2 Troop in the newly formed SRS. Prior to the invasion of Italy he was in the Lebanon for ski training.

The first job for Captain Marsh and the SRS was the capture of the large coastal batteries at Capo Murro di Porco, preparing the way for the Sicily Invasion. The 6 heavy guns were entrenched on some cliffs near Syracuse with a garrison of about 700 and the battery had to be silenced before the main invasion force was to land. Landing under cover of darkness in heavy seas on the 10th July 1943, the SRS scaled the cliffs and succeeded in destroying the battery, killing some 100 Italian defenders and capturing over 200 more, this all for the loss of only 1 SRS soldier, a remarkable achievement.

They marched into Syracuse on 12th July and boarded their assault ship the Ulster Monarch. They were then almost immediately tasked with an attack on the Italian Naval Base of Augusta which was duly captured in the face of German and Italian opposition. The SRS continued planning and marching in Siciliy but the speed of the Allied advance foiled further planned raids.

The invasion of the Italian mainland commenced on 3rd September 1943 and ths SRS were soon called upon to land behind the German defensive lines at the town of Bagnara with Captain Marsh again being involved. There was heavy opposition from the German garrison but with the arrival of the main Allied forces the Germans withdrew leaving the town in Allied hands. 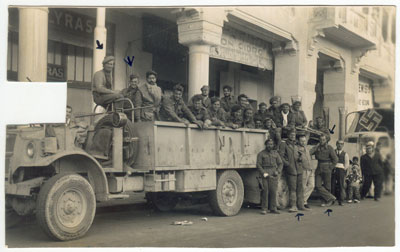 Three weeks later the SRS were to land and attack the port of Termoli on the Italian Adriatic coast. The aim was to disprupt German resistance to the advance of the Allied 78th Division up the coastline.

Major Marsh is mentioned in many of the SAS books including 24 pages about the Termoli attack in “These Men Are Dangerous” by D.I. Harrison an SAS officer who was in Captain Marsh’s troop.

The award of the D.S.O. to Captain Marsh was announced in the London Gazette dated 27th January 1944 for action with the Special Raiding Squadron at Termoli in October 1943. The citation was:

“Captain Marsh, with fifty six men, was holding a front of one mile on the right flank of the Sector west of TERMOLI. At mid-day on the 5th October 1943, his positions were subjected to very heavy and accurate shelling and mortar fire, at the height of which, his position was further weakened by the transfer of one of his Sections to another Sector. At this time the enemy were developing a determined counter-attack on his left flank. Despite the intensity of enemy fire he held fast and with his own fire pinned down groups of enemy infantry which attempted to infiltrate into his own position. Later in the afternoon several of his own men were badly wounded, whilst some distance away on his right flank his remaining other Section was being gradually forced back. Although by this time Capt Marsh’s position had become untenable, he refused to move until he was able to communicate his intention to the troops on his left. Meanwhile, with his few remaining men, he succeeded in beating off further attacks on his position by German Infantry.

Striking north to join up with his right hand Section he came across two wounded men. From them he learned that he was completely cut off but pushed on, taking his wounded men with him, until finally pinned down by machine gun fire. He eventually succeeded in evacuating all the wounded men to our own lines under cover of darkness although only 150 yards from an enemy post.

Throughout Captain Marsh showed great coolness and determination. His high standard of courage and complete disregard for personal safety throughout the Operation played a decisive part in saving a very dangerous situation.”

A letter written in 1985 from the DCLI Regimental Secretary to his wife says:

“You probably know that DSOs are normally awarded to Commanding Officers or Brigade Commanders for acts of distinguished leadership. For a young lieutenant to receive a DSO usually means that he was recommended for a VC, but that this was not subsequently awarded for some technical reason. Certainly I found the citation most inspiring to read and believe that it was written with the higher decoration in mind.”

The SAS have only been awarded a single Victoria Cross since its formation and this was to Major Anders Lassen for his actions in Italy in April 1945 when he was killed in action.

After his involvement in the Italian campaign, he returned to England in preparation for D-Day. After the invasion he was parachuted behind the enemy lines in command of C Sqn 1st SAS to help the Maquis with continual raiding in heavily armed jeeps, disrupting German communications and tying down large quantities of enemy troops that were badly needed at the front. He continued through the war in Belgium, Holland, Germany and finally Norway and was twice mentioned in dispatches published in the London Gazette dated 10th May and 8th November 1945. 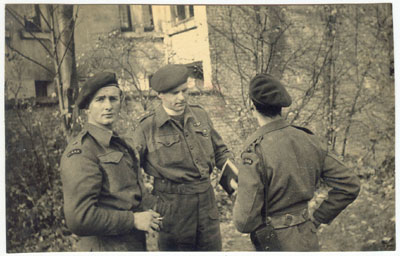 After the war he was posted as a Staff Captain at South West District and then to 1 DCLI in Cyprus. After a further staff appointment in Tripoli he returned to England as Training Major of 21 SAS. In 1954 he rejoined 1 DCLI as OC A Coy in Bermuda. He retired in 1957 and returned to Bermuda to work for the Trade Development Board. Six months later he was commissioned into the Bermuda Militia Artillery that he commanded until the amalgamation of the island forces when he then took command of the Bermuda Regiment. While in this position he met a number of heads of state and VVIPs in an official capacity including J.F. Kennedy, Haile Selassie etc. On his retirement he was awarded the OBE in the London Gazette dated 30th June 1970. He died on 14th November 1984 in Bermuda and was accorded a state funeral. 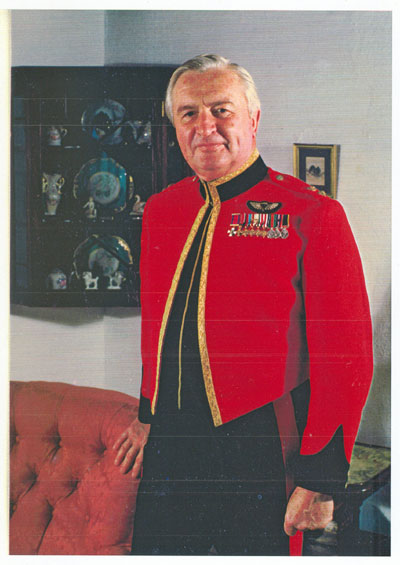 The group is being sold on behalf of the family and has never before been on the market. 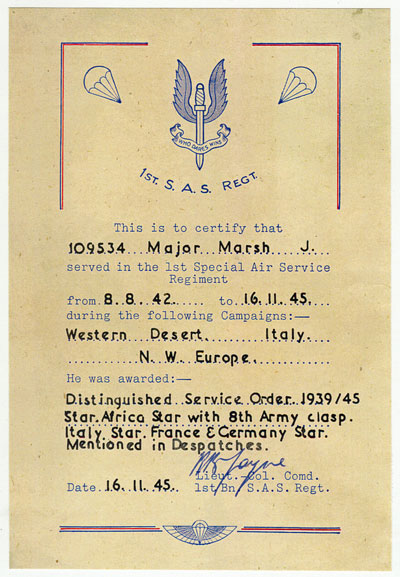 The group was sold together with a wealth of original photos, documents, newspapers, etc, contained in a 2 large albums.