The Arthur Brown Collection, the Cream of Cornish Collections

I realise there are legions of collectors of subject postcards and many admirers of specific artist-drawn cards, like Mabel Lucie Attwell's podgy children and Louis Wain's anthropomorphic cats, but I must admit that, speaking personally, I cannot see a great deal of attraction in them. Collections of subject cards rarely attract the degree of interest that a good topographical collection does. So you can imagine my lack of excitement when a potential vendor rang me from Truro in Cornwall saying that he and his cousin wanted to sell a large collection of military bands. Military cards are usually fairly good sellers, but most collections we offer in auction are quite general and include all types of military activities; army camps, personnel, parades, barracks, uniforms, equipment and military art. On offer was a collection of apparently thousands of postcards, contained in over 50 albums, exclusively depicting military bands. Whilst accepting that a good market might exist for cards of specific regiments and also that a general collection of a few hundred cards might attract bids, I wondered how on earth I could market a collection as large as this. As I was planning a trip to Cornwall, I thought I would go and have a look at it and discuss the possibilities with the client.

Imagine my surprise and delight when I arrived at the client's house and discovered that the military bands were only a fraction of the collection, which extended to close to 80 albums. Not only was there a comprehensive collection of military bands, but there were also fire service, railways, road transport, steam traction and pioneer aviation cards. Each of these collections was substantial and contained many cards which could be lotted individually by location, in an auction sale. Many would be estimated at £30 - £60 each. However the pièce de resistance in this massive holding was the best collection of Cornish topographicals I had ever seen. Album after album contained interesting social history cards, local transport, shop close-ups, industrial cards, rare tin mining and commercial fishing. I was amazed at the scope and value of the collection.

The collection had been formed by the late Arthur Brown and although the beneficiaries realised that it was valuable, they had no idea of the contents and thought that the first few albums they opened which contained military bands were typical of the whole. My enthusiasm for the collection must have been obvious and when the owners started to get interested in the local topos, I wondered if I had been too enthusiastic and whether they might decide to retain the Cornish collection and not sell it. After an hour or two of inspecting every album and giving approximate valuations of the better cards, the owners thanked me for all the information I had given them and promised to let me know within a few weeks what they had decided to do. I am sure that every dealer reading this article will have been in a situation like this at some time in their career. This was by far the best and most valuable collection of postcards I had ever seen since we started auctioning postcards in the 1980s. Patience is a virtue and I had to acquire a vast amount of it quickly!

The other collections I viewed in Cornwall after the Truro find were all of merit, though I must have inspected them with a very glazed look in my eyes. It would be dreadful if I lost this once in a lifetime collection to another auctioneer or a dealer. Back in my office, days passed, then weeks passed and still no phone call from Truro. Patience gave out and I decided to make the phone call. "Yes, I'm pleased you rang, as we've found some more." I could hardly believe it. "Could you come down and pick it up and value the whole collection for us?" YES!! I then spent several hours rearranging my diary and pulling rank on one of my colleagues vis-a-vis one of the two company vans and managed to fit in a trip four days later.

The extra material found were boxes containing hundreds of unsorted cards and those recently purchased and not yet placed in the relevant album, as well as several more albums of Cornwall. I loaded it all into the van and headed back to Warwick, the 240 miles feeling more like 24. The collection took several days to value, the initial figure coming to between £60,000 and £65,000. There then followed a further tense wait for the owners' permission to proceed. The written permission duly received I started to break down the collection and describe it for the catalogue. 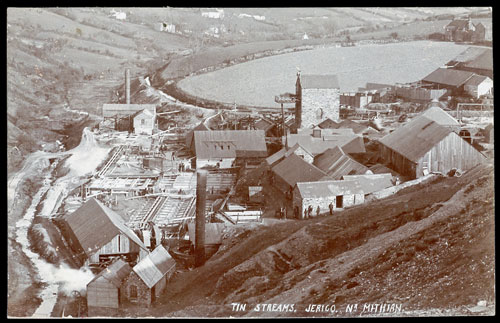 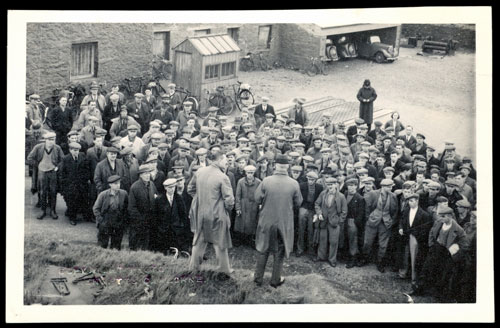 Cornish tin mining cards, especially the real photographic types, are few and far between and I was able to create a section of 25 lots of these cards, some lots containing more than one card. The cards mainly featured the headgear and processing plant of individual mines. However one lot consisted of 2 cards showing the installation of the bob beam of a steam engine which powered the pumps and winding gear of the Wheal Sarah mine. Another card showed miners congregating for a strike meeting at South Crofty mine. 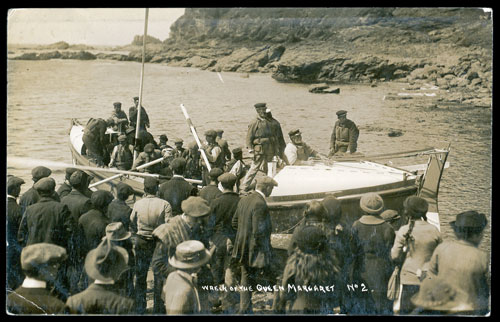 The Lizard lifeboat returning from the 1913 shipwreck of the "Queen Mary", bringing the survivors ashore, a dramatic real photographic card by Hawke.

A further significant section was shipwrecks and lifeboats. Cornwall is of course well known for the number of shipwrecks off its long coastline and such cards are not uncommon, though well collected nevertheless. The lifeboat service is another popular theme and real photographic cards of specific rescues are the rarest. It was possible to locate the lifeboat close-ups by reference to lists of lifeboat names and where they were stationed, published on the internet. 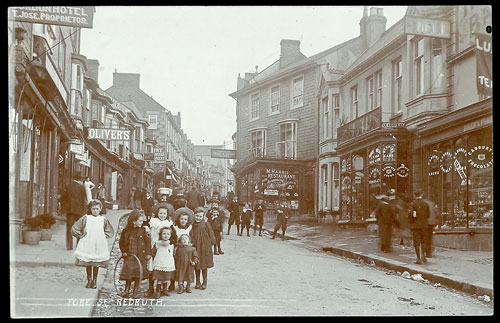 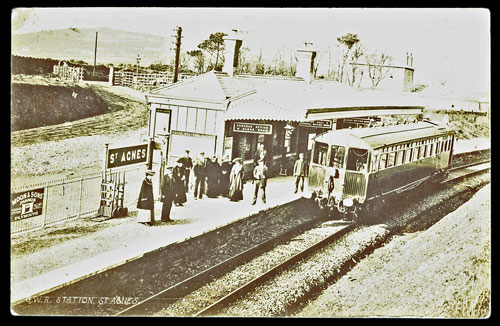 The social history and topographical cards were arranged town by town and village by village, mainly in alphabetical order. Whenever possible I lotted collections by individual town. Inevitably there were many villages where the number of cards was insufficient to form lots on their own and these were included in general collections.

The auction took place in July 2012 and the vendors were delighted with the results. The sale catalogue has become a reference work for collectors of Cornish cards.

Have you acquired or inherited a unique postcard and want to discover its value?

We'll be happy to conduct a fast and accurate postcard valuation for FREE - with no obligation to sell.