The Carbonora Postcards of the 1911 Liverpool strike

A postcard publishing company in Liverpool, with the name of Carbonora, published a fine series of real photographic postcards of Liverpool during the period known as the “Golden Age” of postcards. One of the events which they covered was the 1911 Liverpool transport strike. The years between 1910 and the outbreak of the First World War in 1914 constituted a period of significant industrial unrest in Britain. This particular strike was started by merchant seamen objecting to working conditions in the port of Southampton and it quickly spread to other significant ports like Liverpool. Although the grievances of the National Sailors’ and Firemen’s Union were resolved in Southampton, the strike in Liverpool became more broadly based and dockers, railway workers and people from other trades affiliated to the Transport Workers Federation joined the strikers. Commerce in Liverpool was paralysed for most of the summer months of 1911 when transport within the city came to a standstill. Troops and police were drafted in to maintain order.

A mass meeting and demonstration took place in front of St George’s Hall on Sunday August 13 and the T.W.F leader, Tom Mann, addressed a crowd of about 100,000 workers. The demonstration was peaceful until 4pm when, apparently unprovoked, the police attempted to clear the steps of St. George’s Hall and started attacking members of the crowd. The fighting spread to surrounding streets and dozens of injuries were sustained by the strikers, the police and the troops. The day became known as Bloody Sunday. Fighting continued for several days and when a prison van containing arrested strikers was attacked by other strikers, two workers were shot dead by troops. Any movement of goods within the city was now closely guarded by troops, the majority of which were from regiments some distance from Liverpool, because the authorities were concerned about the loyalty of local Territorials. Eventually the railway workers entered into talks with their employers and the strike was ended on August 21.

The photography and publishing business Carbonora was founded in 1908, when Gwilym Mills bought the photographic business that employed him in Liverpool. The name derived from the word “carbon” which was used in photographic processing at that time. In 1909 Carbonora became the official photographer for Liverpool City Police. During the 1911 strike Mills produced a series of 50 or more real photographic postcards. His images were mostly high definition close-ups and graphically illustrated the conflict between the strikers and the police and troops. Some of his images were so graphic that they offended the leaders of Liverpool City Police, and around 8 of the images showing police officers charging into the crowd with raised batons were seized by the police and never returned to him.

During the Second World War the premises of Carbonora were bombed and many photographs and records were destroyed. In 1960 the company changed its name to John Mills Photography Ltd and continues to trade today as a family business under the name Mills Media Ltd.

The Warwick and Warwick auction held on July 16 2014, contained a range of 42 Carbonora postcards of the strike, which had all emanated from a Liverpool policeman who was on duty during the strike. All of the cards had captions written in ink, by the policeman, on the reverse. The collection sold for £1,770 including buyers' premium. Some of the captions provided an insight into the feelings of the police at the time. Captions in italics are those hand-written by the police officer. 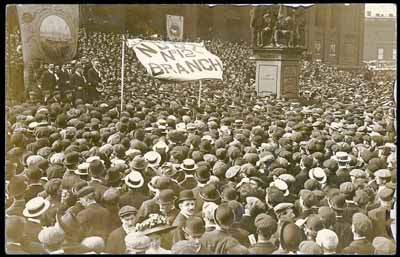 The “Bloody Sunday” meeting outside St. George’s Hall, which lead to violent clashes between the strikers and the police. 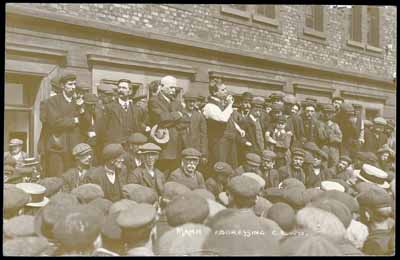 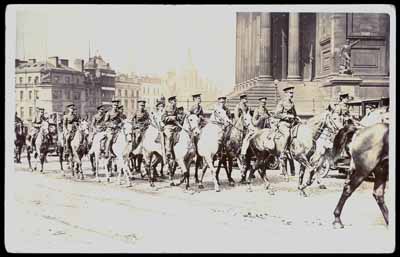 The Scots Greys passing the south end of St. George’s Hall. The hall became the headquarters of the troops and special constables throughout the strike. It was connected to the branch by telephone. On a day of special danger we telephoned for Captain Davis and all the men he could spare – the last eleven. 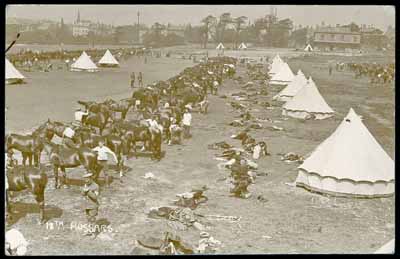 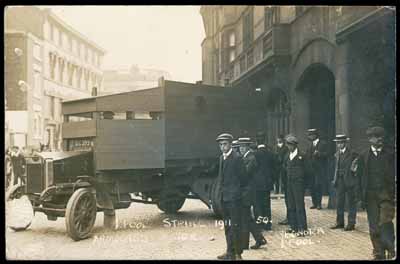 Armoured motors. This combination of motor and protection made it more easy for the police to move about carefully. Some of our men did duty in this motor. The police were not fired upon, but they found these motors a considerable protection against stones and glass bottles. It was however found necessary to cover these motors with wire netting for further protection. 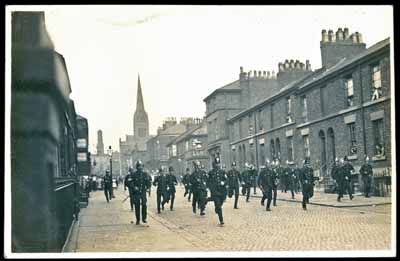 Haymarket. Police running to quell a disturbance in Byron Street. Our men took an active part in this street duty. “The language” of the women in the windows added much to the confusion. 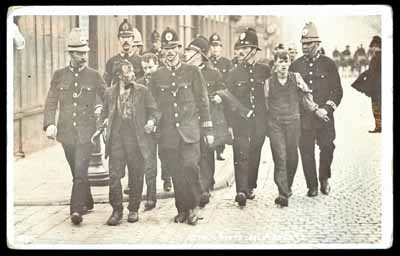 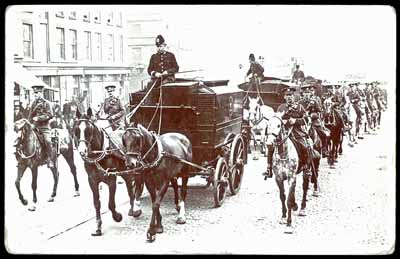 Scotland Road. Prison vans escorted. One of these vans was attacked and a rescue attempted, the troops had to fire, and two men were shot. 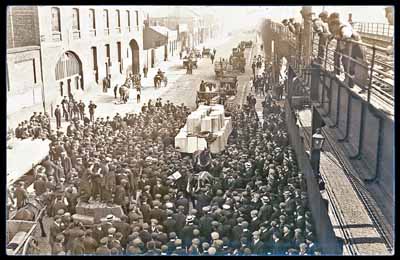 Stoppage of traffic at the extreme north. The ordinary policeman is at a great disadvantage in coping with such bodies of men. 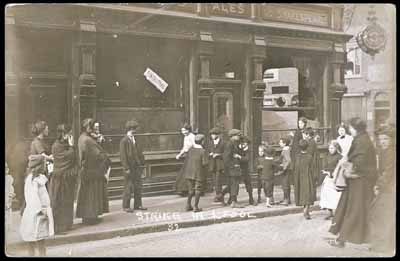 Christian Street. When the rioting was very pronounced two policemen overwhelmed by the mob took refuge in this public house, hence the breakage of the windows. 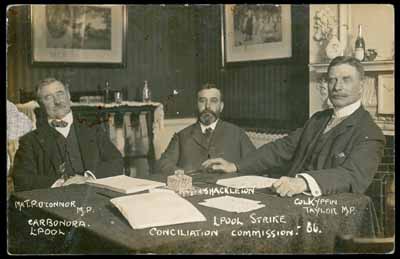 Conciliation Commission meeting with Mr. T.P.O’Connor MP, Mr. J. Shackleton and Col. Kyppin Taylor MP. Conciliation Commission. As a consequence of the commission a committee has been formed in which Protestants and Catholics are fairly represented. It is hoped that this committee will work for peace. A policeman said to me, This strike is nothing, it is there (sic) religious riots that are killing us. They have been upon us for the last three years.