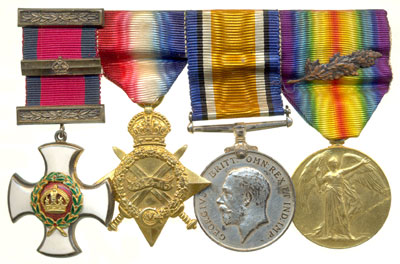 He was born on 3rd July 1876 in Binfield in Berkshire. He served for 3 years in the Bucks Yeomanry and was serving in the British Columbia Horse when he attested on 24th September 1914 and served with the 5th Bn Canadian Infantry through war. He was promoted Captain on 24th May 1915, appointed Adjutant on 16th October 1915 and later promoted Lieutenant Colonel on 10th June 1917 on commanding the Battalion.

The DSO was awarded as a Major for Vimy Ridge in the London Gazette dated 18th July 1917:

“For conspicuous gallantry and devotion to duty. The magnificent success with which his battalion carried out its objective and consolidated the captured position was mainly due to his personal example of coolness and disregard of safety, and to the thoroughness with which all details had been prepared by him.” 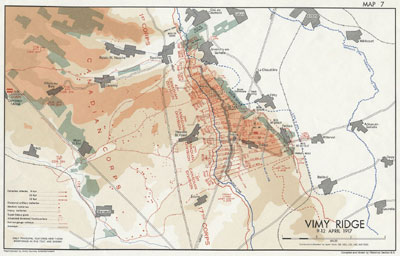 At Vimy Ridge the 5th Bn took part in the attack on “The Pimple” the highest point at the northern end of the ridge and the last part to be captured.

The Bar to the DSO as CO 5th Bn was announced in the London Gazette dated 1st February 1919:

“On 1st September 1918, for conspicuous gallantry and ability to command. When the enemy had penetrated several hundred yards of the newly won positions east of the Hendecourt-Dury Road, this officer launched his battalion in a successful counter-attack, regaining previous positions, killing numbers of the enemy and capturing 200 prisoners. He then maintained his position under heavy fire and against repeated enemy attacks until zero hour. His personal example of fearlessness did much to hearten his battalion in the fine work they accomplished.” 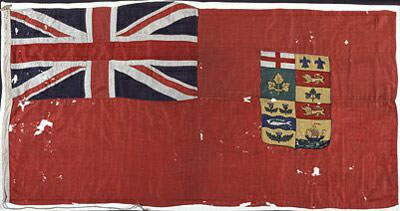 After the war, he donated the Red Ensign Canadian flag with the coat of arms of the 4 founding provinces, which had been carried by the Bn during the attack at Vimy and elsewhere to the Imperial war Museum. This is thought to be one of only two surviving flags carried and flown at Vimy. This flag has a strong patriotic significance and has now been lent to the Canadian War Museum.

The full medal details on offer were Distinguished Service Order and bar and 1915 star trio with MID oakleaf to Lt Col L.P.O. Tudor (Lieut 5/Can Inf on star), swing mounted as worn, together with research notes concerning Mention in Dispatches published on 28/12/17 and 8/7/19 (unconfirmed), with copies of war diaries for 9/4/17 and 1/9/18.