Who was the First Commoner to appear on a British Stamp? 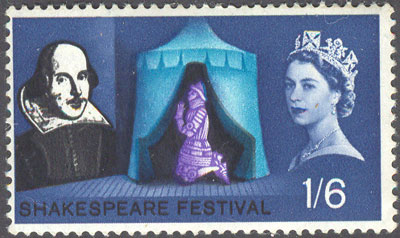 Most collectors of British stamps and most regular pub quiz goers will know that the first commoner to appear on a British postage stamp was William Shakespeare, who appeared on five commemorative stamps, issued in 1964. However, not many people realise that a commoner appeared on a British stamp 80 years earlier, albeit a telephone stamp, rather than a postage stamp. 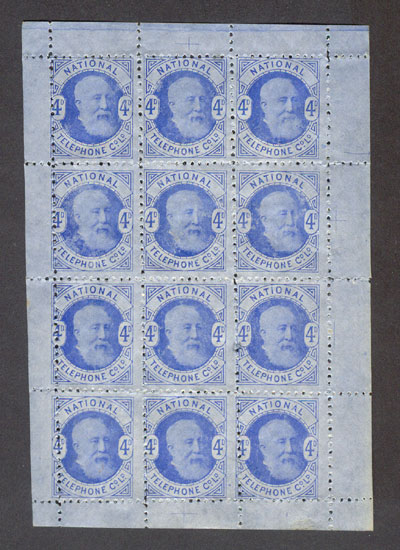 The National Telephone Company stamps, issued a set of 5 stamps, in 1884, all depicting the head of the company chairman, Colonel Robert Jackson, without a trace of a Queen Victoria portrait visible anywhere.

In the 1880s there were no public telephones and if you were not a subscriber, you had to make your call at a telephone exchange office. Reliable coin boxes had not been invented and so the method of accounting for the revenue was the use of stamps applied to forms, after the call had been made. The private telephone companies operated under licence to the Post Office, who took 10% of the revenue.

The National Telephone Company had headquarters in Glasgow and operated throughout Scotland and the north-west of England. Whether tongues were in cheeks when they issued their stamps bearing the chairman’s portrait will never be known, but what is recorded is that the Post Office was not impressed and sought to suppress them. The company had issued 5 denominations, printed in sheets of 12, by Messrs. Maclure and Macdonald of Glasgow and did not wish to waste them, though they did prepare new designs, just in case they were forced to replace them. Each time the Post Office challenged them, the telephone company would say that the new issue was in course of preparation. Meanwhile, they were busy using up the current stock. Subscribers could use them to pay bills and sets of cancelled stamps were sold to collectors at the International Exhibition in Edinburgh in 1886 and again in 1890.

Renewed pressure came from the Post Office in 1891, but by this time the company had merged, the chairman was no longer Colonel Jackson and most of the stock of offensive stamps had been used up. Replacement stamps were never issued, as by then, effective coin boxes had been invented.

It is interesting to note that telephone stamps were again issued, almost 100 years later, in 1979, for the purpose of subscribers settling their accounts. This time the image is a telephone handset – much less offensive!