William Robert Seaborne was born on 25th September 1889, in Chelmsford, Essex. He enlisted in the Royal Navy as a Stoker Class 2, on 20th May 1909. He passed his exams for Stoker Petty Officer on 5th February 1914 and on the outbreak of war he was serving on the battle cruiser H.M.S. Princess Royal. 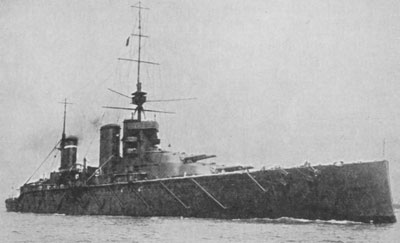 The Battle of Jutland, fought on 31st May and 1st June 1916, was the largest naval engagement of the war with the German High Seas Fleet challenging the Royal Navy’s control of the North Sea. Seaborne was still on the H.M.S. Princess Royal at the Battle of Jutland as part of Admiral Beatty’s battle-cruiser squadron and fought immediately behind Beatty’s flagship HMS Lion. The battle-cruiser squadron suffered badly in the engagement, H.M.S. Indefatigable and Queen Mary both blowing up and sinking after their magazines exploded. As a result of these sinkings, Beatty is alleged to have said to his Flag Captain Chatfield, "There seems to be something wrong with our bloody ships today." H.M.S. Princess Royal received multiple hits, 22 of her crew being killed and 81 wounded, one of whom was William Seaborne. His service papers state he was seriously wounded during the battle with two wounds to each thigh, one wound mark to his right arm and scars on face, hands and legs. After the battle he was posted to the shore station, H.M.S. Victory II, and remained there until 16th March 1917, no doubt recovering from his wounds.

The award of the Distinguished Service Medal was announced in the London Gazette dated 15th September 1916, for services during the Battle of Jutland. His service papers record his continued service to the end of 1928, when the record was transferred to a card system.

The medal is correctly named to K.2840 W.R. Seaborne Sto P.O. H.M.S. Princess Royal 31 May-1 June 1916. He was also issued with a WWI BWM and Victory Medal but these are no longer present. This rare and desirable gallantry medal to a Jutland casualty realised £690.