The Mareth Line was an old pre-war French defensive position in Southern Tunisia running some 25 miles inland from the sea, which the Germans had reinforced and strengthened. The Allied attacks on the Line started on 19th March and after a week’s heavy fighting, the German and Italian forces were finally forced to withdraw by the 28th March allowing the Allied forces to press on into southern Tunisia. 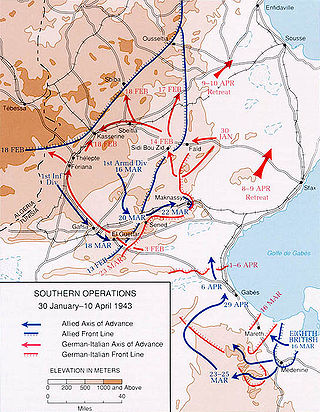 The award of the DCM was announced in the London Gazette dated 17th June 1943 “On the night of 21st / 22nd March, during the 151 Brigade attack on the Mareth defences, Private Hudson was with “C” Company 6th D.L.I. On sighting an enemy machine gun post he immediately led a group of men forward with fixed bayonets and charged the position. His rifle bolt was damaged and the rifle could not be fired, but he still led on this party relying solely on the use of his bayonet. He succeeded in capturing the post, killing many of the enemy personally. This action of Private Hudson’s enabled the rest of his Company to move forward onto the position. Before leading the charge, his Company Commander had been seriously wounded beside him. He showed outstanding courage and complete disregard for his own safety.”

The medal group was offered, on behalf of the family, together with a photo of the soldier in uniform and a copy of the original recommendation citation signed by Maj Gen 50th Div, Lt Gen 30th Corps and General Montgomery as GOC 8th Army. The CO of the 6th Durham LI only recommended Pte Hudson for an immediate award of the Military Medal, but as it passed up the chain it was upgraded to a DCM based on the strength of the citation.