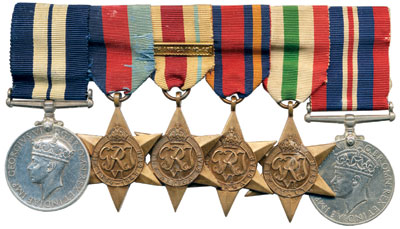 John Albert William Kellar was born in November 1914. In 1941 he was serving as Engine Room Artificer Third Class on HMS Terror, a 15 inch gun monitor operating as part of the Inshore Squadron providing gunfire support to the land forces in the North African campaign during Operation Compass when the army was driving the Italians out of Libya. On the 23rd February 1941 after leaving the port of Benghazi the day before, she was spotted by a German reconnaissance aircraft. As a result she was attacked at 1830 some 90 miles from Tobruk by 5 Ju 88 bombers flying from Cantania. While no direct hits were achieved, there were 3 near misses that caused flooding in several areas of the ship. The crew were taken off at 2200 hrs and she was taken in tow but sank 6 hours later. Notes provided from the family state that when the ship was taken in tow, only the Captain and ERA Kellar remained aboard and when the flooding got worse and it was realised the ship could not be saved, Kellar was ordered to scuttle the ship. 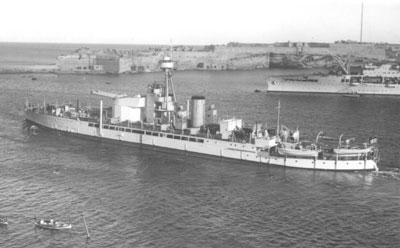 During the 6 previous weeks she was engaged in supporting the 8th Army, she was attacked several times by Italian bombers and fired 600 15” rounds against land targets. 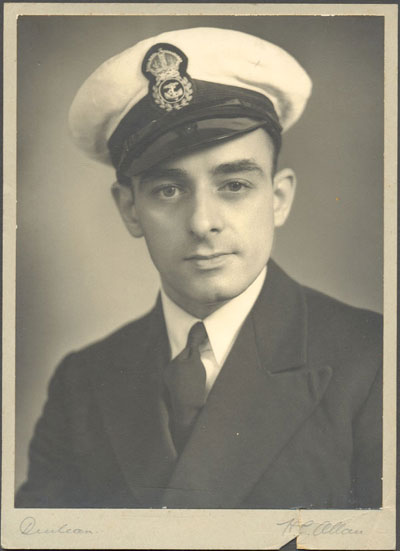 ERA Kellar was awarded the Distinguished Service Medal announced in the London Gazette dated 29th July 1941 “For courage and devotion to duty when HMS Terror was lost.” There were 2 other DSMs awarded for this action, both to members of the engine room crew. The Investiture was held at Buckingham Palace in September 1941 that he attended with his wife and some family members. 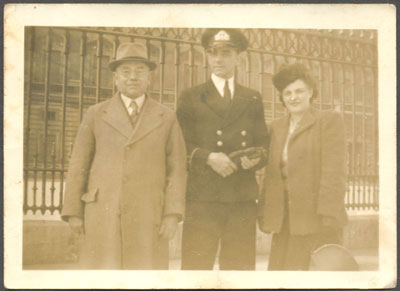 The group was offered in our October 13th 2010 auction, where it realised £1,725. The full medal details were WWII Distinguished Service Medal, 1939-1945, Africa (North Africa 1942-43 clasp), Burma, Italy stars and BWM to Lieut Cmdr J.A.W. Kellar (MX.48211 E.R.A.3. H.M.S. Terror on DSM) good very fine and better, swing mounted as worn, with matching ribbon bar and matching swing mounted miniatures (less Italy star). The group was sold together with a large portrait photo in uniform and 2 smaller photos with family outside Buckingham Palace after his investiture in September 1941, also typed family biographical notes, letter of congratulations from Plymouth Baptist Church and details of HMS Terror from the internet.